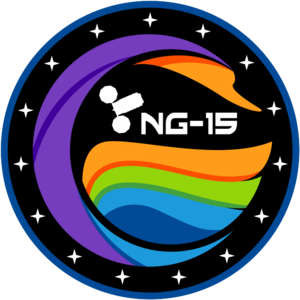 June 30, 2021: The Cygnus unmanned cargo vehicle successfully completed its thirteenth, fourteenth, and fifteenth missions to the International Space Station (ISS). The missions were called NG-13, NG-14, and NG-15, respectively, and were conducted for NASA under the Commercial Resupply Services (CRS) contract. Odyssey engineers supported from the Johnson Space Center Mission Control Complex as they were launched, captured, and released. Odyssey’s role in this mission included Independent Verification and Validation of all safety critical software.

The capsule for NG-13 was named the S.S. Robert H. Lawrence in memory of Robert Lawrence, who was the first African-American astronaut selected by any national space program. A notable payload for the mission included the Mobile SpaceLab, a tissue and cell culturing facility that will assist in performing sophisticated microgravity biology experiments. The S.S. Robert H. Lawrence launched and was captured in February 2020 and was released from the ISS in May 2020.

The spacecraft for the NG-14 mission was named the S.S. Kalpana Chawla, in memory of Kalpana Chawla, the first woman of Indian descent to be named an astronaut who perished aboard the Space Shuttle Columbia in 2003. Notable payloads for the mission include the world’s first space-rated Virtual Reality (VR) camera, the Felix & Paul Studios EVA Camera, and an upgraded titanium toilet to be tested on the ISS before it’s planned inclusion on the Orion crew capsule. The S.S. Kalpana Chawla launched and was captured in October 2020 and was released from the ISS in January 2021.

The mission NG-15’s capsule was named the S.S. Katherine Johnson in honor of the legendary Katherine Johnson, who’s calculations were instrumental in the success of the first and subsequent U.S. crewed spacecraft. Notable payloads include the Brine Processing Assembly and Bladder to upgrade the crew’s regenerative life support hardware and the Crew Alternate Sleep Accommodation (CASA) to support increased crew. The S.S. Katherine Johnson launched and was captured in February 2021 and was released from the ISS in June 2021.

Odyssey’s role in Cygnus development was extensive, including Systems Engineering design support, Concept of Operations development, Robotic Capture design and analysis, and Independent Verification and Validation of all safety critical software. Congratulations to the entire Cygnus and NASA team!

For more information on Cygnus and the NG-13, NG-14, and NG-15 cargo resupply missions, please visit the Cygnus website: http://www.northropgrumman.com/Capabilities/CRS/Pages